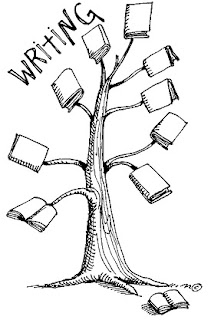 Anniversary and other stuff!

Well today is mine and my husband William's One Year Anniversary! Whoohoo! It really is insane how fast time flies by. I feel like it was just a few months ago that I was graduating high school and getting ready to move across the world. I just realized a few days ago that it's already almost been a year since high school. WOW. I can't even believe that.

Also, I got an A on my math test! That is VERY RARE, FYI. I usually get F's. Not joking.

I started that crazy P90X workout too. And I now I completely understand why people say it's so intense. All I've done is the 15 minute Ab Ripper workout and 45 minutes of the Yoga workout and let me tell you, I can barely move today. It's a nice reminder that I've been working out though. I've been TRYING to eat better too, that's a little more difficult though. But so far, so good.

Guam is still as hot and humid as usual. No change there. But it's been raining a lot lately, which is weird since we're OUT of Rainy Season. So today is pretty nice because I can see a tiny bit of the blue sky. I have to admit though, with everything I don't enjoy about Guam, nothing beats the night sky here. NOTHING. It is absolutely gorgeous. And the beach of course, but that's a given.

Lately, I haven't had time to write. :( I've been so swamped with school that I haven't written anything. Good news though, the book is basically done, I'm just doing editing and major fixes and stuff now. I know I said I was sending it out to the Betas soon, but it simply isn't ready yet. This is my first novel on the market and I need it to be COMPLETELY ready by the time it hits Amazon, actually it needs to be MORE than ready. The first novel is like the first impression to my readers, and I can't have that be a sloppy/bad one.

Also, I had an awesome dream the other night that I've been thinking about making into a novel. I have 3 more novels planned in my head already, I just need to work on writing them quickly and efficiently. Man, if I had the speed of Amanda Hocking that would be awesome, haha.

Anyways, on to some lame stuff. I love The Office. Thanks to Jenni Matkins and Becca Christenson, they got me hooked on it. Seriously, it's so stinking funny.
Speaking of funny, I just saw Just Go With It, with Adam Sandler and Jennifer Aniston. That movie was hilarious, go see it. I laughed the entire way through. It's definitely on my buy list when it comes out.
Posted by inspiringsound at 5:32 PM No comments:

Well, I saw a Tweet from Amanda Hocking posting a website that analyzes your text and tells you which author you write most like. This is who I got:

I Write Like by Mémoires, journal software. Analyze your writing!

I take this as a bittersweet compliment because I absolutely love her books, but I've also been told from many people that she is not that great of a writer. So, maybe I've got some good creativity, but I need to work on my writing skills.

But on to other news. I've been taking a bit of a break from my writing for the past week. I did some big revisions but now I'm waiting to see what will happen next. This novel is just as much as a surprise for me as it will be for my readers. I need to do some outlining and such now, and then I'll finish up the little bit I have left.
Technically, the novel is already written, but I'm changing some things around. I expect it to be released sometime in March or April.

Other than that, I've been watching some Desperate Housewives that my friend Amanda got me hooked on. It's pretty awesome, let's just leave it at that. Watch it.

I'm currently reading Amanda Hocking's series called My Blood Approves and let me tell you it is SO GOOD. I basically can't put it down, but I'm trying to read through Wisdom (Book number four) as slowly as I can since the fifth book isn't out yet and I have no idea when it will be out. Check out her books, she is a really talented writer and she's got an awesome story about self-publishing and such.

I've also been thinking about my next series. I'm not sure when I'll start writing it, but I know it's going to be focused around Human Trafficking. Some fiction work based on facts about what really happens in that world.

Anyway, gotta keep reading. Just wanted to send you all a little update.
Posted by inspiringsound at 8:01 PM No comments:

Things are really starting to look up over here. Not that they haven’t been already, I’ve had a wonderful marriage so far and live on a tropical island that most refer to as paradise. What could go wrong? Well actually a lot, but that’s for a different day. Let’s just say, I’m finally finding my way.


My day to day routine consists of:

Waking up around 10:00 A.M.
Feeding and letting my puppies out.
Eating a bowl of Essentially Me cereal, (the knock off Special K stuff).
Then, getting back in bed to sit on the computer and check my Facebook, then my email, and all that other boring good stuff.

BUT OH HAS EVERYTHING CHANGED.

Basically for the past few months, I’ve been writing my first full-length novel entitled Imagine Peace.
I’m almost done with it, but I’m doing some major revisions right now. And thankfully, I have a great friend who is a photographer and is creating my cover.

Along with that, I’m starting college! WHOO HOO! Although, as excited as I am, I’m a tad disappointed simply because it’s school.
Posted by inspiringsound at 1:56 AM No comments:

Well. it's taken me a while to find what I truly want to do with my life. Now I've narrowed it down to three things, and I plan on doing all of them.

I've loved writing ever since I can remember. It's a real passion of my mine to become an author and now that I've decided that I can do it, I'm following through. I've had a hard time believing that I could actually be successful in writing, but recently I've been inspired by someone. My husband bought me a Kindle for Christmas, I never really knew the power behind the entire Kindle experience. Because of eBooks, so many independent authors have made their mark in the writing industry. Amanda Hocking was the first indie author I discovered and her story is amazing! Now she's writing books like there's no tomorrow and enjoying every bit of her career. I began writing a book a couple of years ago and unfortunately stopped in the process. Now that I've picked it back up, I intend on finishing and self-publishing it this year. My new years resolution.

Next, I'm starting school this February for Diagnostic Medical Sonography. I absolutely can't wait! I really have missed school and learning. It's time to get back into it.

And thirdly, Human Trafficking. My passion and love for the human kind is to fight human trafficking. I don't know exactly how I'm going to fight it yet, but I will. Whether it simply be to inform and educate people of this crime. So many people have never even heard of human trafficking! (If you haven't it's defined as: Human trafficking is the illegal trade in human beings for the purposes of commercial sexual exploitation or forced labor: a modern-day form of slavery. - Wiki)
That's what everyone can do, educate as many people as you can and get more people inspired to help stop it!

I've been here for almost six months now. On a 32 mile long island in the middle of the ocean. Today hubby drove me to the South end of the island where it's mostly country. I do have to say it was probably one of the most beautiful places I have ever seen. I think Israel, Guam and Oregon are so gorgeous, yet at each place I've taken it for granted. Well, this is my first blog and the beginning of a new chapter in my life, hell it's basically a whole new book in my life. I'm 19 years old and got married while I was a senior in high school. No, I was not pregnant and no, I didn't simply want to move in with my boyfriend. We were and are in love and this is where my story begins. 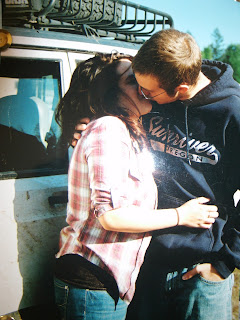